99% of chopsticks in the world are made of bamboo. The maturation of bamboo is about 4 years, compare with wood trees grow at least more than 20 years. Now, bamboo has become an important alternative to timber resources, and production of bamboo products can make full use of bamboo resources. You can see bamboo furniture, chopsticks, floor, fabric…and much more. As the cultivation and use of rice and wheat, the use of bamboo does not affect the ecological environment. Use disposable bamboo chopsticks, minimize the infectious disease, help people living in healthy environment. Read how Heidi Bissell, a doctoral candidate in the department of zoology in University of Wisconsin researches about bamboo.

Bamboo, the fast-growing hardwood is more than food for pandas 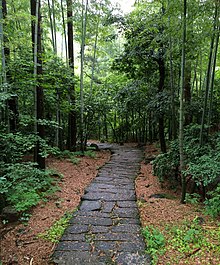 1. Bamboo is a grass.
And all stalks are connected to each other by underground runners. The stalks are clonal, meaning that an entire bamboo grove
covering many acres, or even an entire mountain, may be just one individual.

2. It was bountiful here.
The United States has only one species of native bamboo—rivercane. At one time rivercane covered the southeastern United States in impenetrably dense thickets covering hundreds of thousands of acres. These were home to many species of birds and mammals, many of which went extinct as rivercane was cleared for farmland and development. Now only about 2 percent of the original canebreaks are left.

3. Bamboo grows really fast.
The new shoots of some species can grow more than a yard a day. They do this by developing almost all of their new cells while underground and then grow just by filling up with water. Bamboo shoots are very strong—they can come up through concrete sidewalks and metal slabs. Bamboos are classified as either clumping or running. The latter send out long underground runners that can cover huge distances. They grow rapidly and often escape the area in which they were planted unless there is a water barrier.

4. It is considered one of the world’s most sustainable sources of hardwoods.
Bamboo’s circular structure makes it stronger than a similar weight of other woods, and for centuries it has been used as a construction material for houses, flooring and furniture. Because it grows quickly and in poor soils, without much care or chemicals, it is touted as a “green” wood and earns LEED (Leadership in Energy and Environmental Design) certification points for sustainable building. Bamboo fiber is used to make clothing, sheets and towels, and people seeking eco-friendly alternatives to metal and plastic are using bamboo to make machines, bicycles, pumps and other practical, everyday products.

5. Pandas eat it—but they are not alone.
Both giant and red pandas eat almost exclusively bamboo, even the woody parts. They eat bamboo leaves all summer and fall and switch to the woody central stalk in late winter, stripping off the outer green layer and eating the starchy insides. Pandas eat lots of bamboo—up to 25 percent of their body weight each day. All that eating might actually help the bamboo grow because damaged grasses grow faster.

Pandas share that bounty with bamboo lemurs and bamboo rats, both of them bamboo specialists. Being a bamboo specialist isn’t easy. As with many grasses, bamboo releases cyanide when its cells are damaged, but these animals have the means to detoxify it (we don’t yet know how). Many other animals eat bamboo as a small part of their diet. The beautiful golden monkeys of China, with their distinctive blue faces, feed on bamboo shoots when available and bamboo leaves year-round. Even humans dine on bamboo shoots. Cooking and processing gets rid of the cyanide, and some species of bamboo are thought to have medicinal benefits.

Helps Reverse Global Warming
Incredible and true, bamboo produces the MOST OXYGEN of all the plants! And it CONSUMES MORE CARBON DIOXIDE than any other plant! Sustainably Harvested & Annually Renewable: Mature bamboos produce new shoots and canes each year, which can be harvested individually without destroying the plant.

Fastest Growing Plant on the Planet
New shoots of some tropical species have been clocked growing up to 4 FEET PER DAY in their shooting season! Environmental Cleanup: Bamboo plants are very effective at removing metals and other toxic substances from soils and water.

Diverse
There are over 1500 SPECIES of bamboo in the world.

Provides Safe Housing
Over 1 billion people in the world live in BAMBOO HOUSES. Bamboo buildings have proven to be exceedingly earthquake proof.

Nutrition for Humans and Animals
BAMBOO SHOOTS have been eaten throughout Asia for centuries, and branches and leaves make good fodder for animals. It contains Germanium, which reverses the aging process in cells.

Ancient Healing
Various parts of many bamboo species have been used in CHINESE AND AYURVEDIC MEDICINE for centuries.

Did You Know?
Thomas Edison used bamboo filaments in his first LIGHT BULBS, and one of those bulbs is STILL burning today at the Smithsonian in Washington, DC!

Hardy
Bamboo was the first PLANT LIFE to return after the atomic bombings in Japan. Also, some bamboos are cold hardy to -20 degrees F. 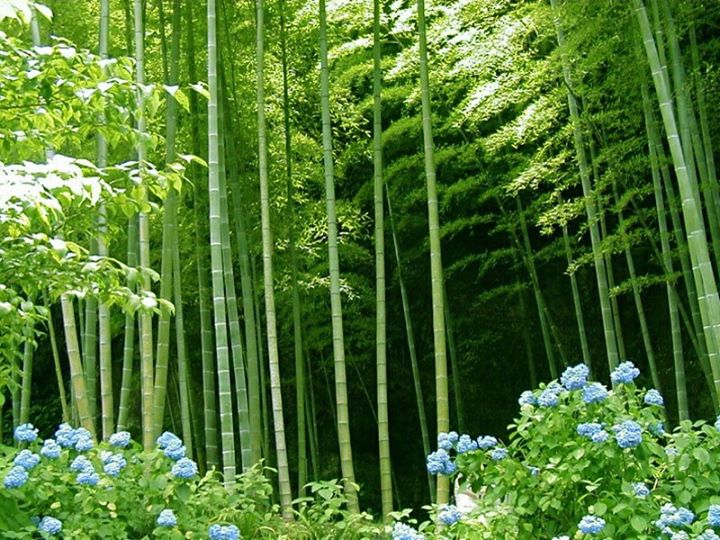 You can also BUY IT separately.